We have been impressed at all the initiatives to help get children to start coding at school (and equally shocked at how long this has taken, particularly in the UK). And we have wanted to get involved in a project that might enable us to share some of our computing knowledge, gained over more years than we care to remember. 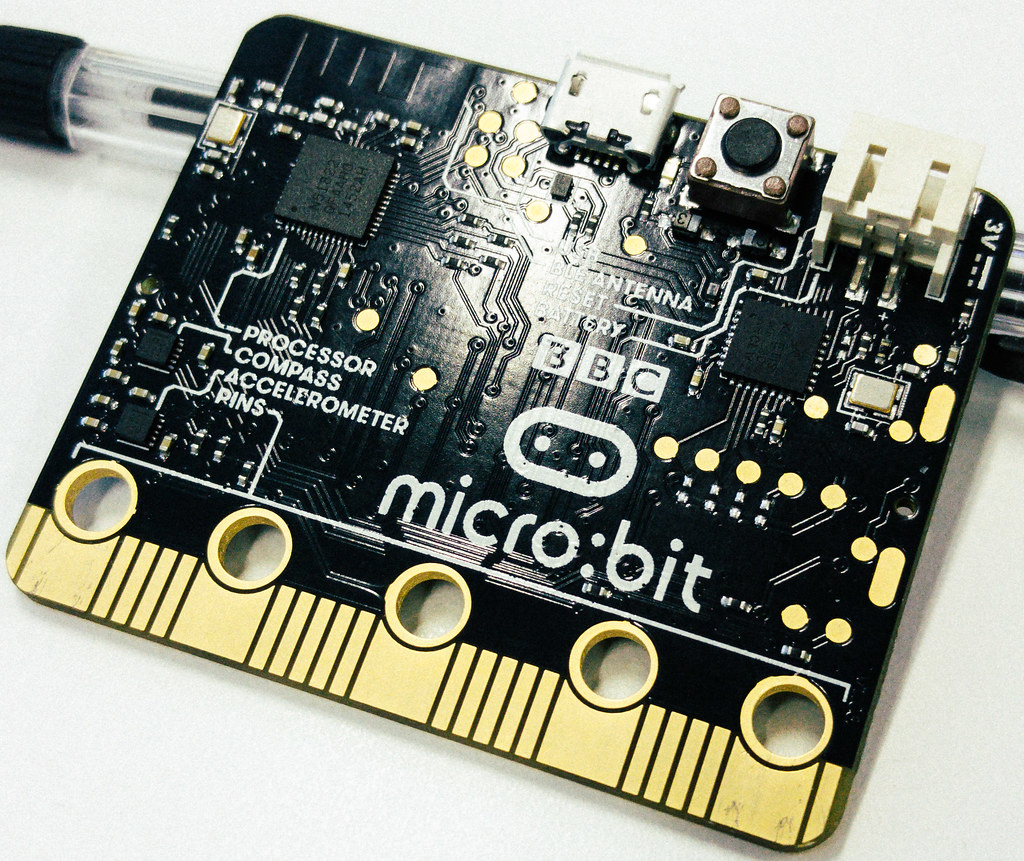 We liked the idea of the Micro:bit as it interfaces to the real world with sensors for detecting light, temperature. magnetic fields and electrical current. The Micro:bit is supported by the BBC, and Storm have worked with both the BBC Micro and the Acorn Archimedes (the BBC A3000)).

One of the sensors is an accelerometer – a device for detecting the rate of increase of speed (on a mobile phone, it can detect gestures or when the phone is being shaken) – and that gave us an idea for a project:

The brilliant podcast “13 minutes to the Moon” about the 1969 moon landings said that the position of Apollo 11 was calculated using accelerometers. So we wondered whether something similar could be done here, and we could write some code that would work out how far the Micro:bit had moved from an initial position.

This would involve: programming in python, to read the accelerometers on the Micro:bit; some maths about calculating distance from speed and acceleration; and maybe some geometry. It all sounds like a nice challenge and a change from what we normally do. We would also use an “agile” approach, that industry buzz word, that means taking in in easy to handle stages. All the code will be posted to enable anyone to download it and try for themselves.

We hope this project may be of use to teachers and students, either as a whole, or in parts, and we would be very grateful for any feedback and comments (particularly with the maths). It would be nice to create a Scratch version as well, but that might be added at the end.

We should point out that the project may not work!
– The accelerometers may not be that accurate,
– the Micro:bit may not have sufficient processing power (although the processor is likely to be better than the 1960’s tech onboard the Apollo spacecraft).
– there may not be sufficient battery power for a long “flight”
– we will have to write an algorithm to handle when the Micro:bit is rolled “in flight”,
None of these will constitute a failure, because we would have learnt a lot in the process!

Modestly, we ahave nicknamed the project “Microbit to the Moon”! We plan to start in second half of April 2021 and blog each Thursday until it’s done.

Micro:bit to the Moon is Storm Educational’s contribution to helping children be interested in coding and STEM. Code can be freely downloaded, adapted and used. But if a school could mention our software for primary/elementary students we would be very grateful: stormeducational.co.uk (with free online demos at stormedapps.co.uk).